The new “WordPress Backup To Dropbox” plugin is exactly what I needed. I tend to do a lot of customizing in templates, plugins and even the core which tend to go lost when execute an upgrade without thinking. The new plugin makes it possible to completely automatic backup your WordPress blog to you Dropbox, giving blog owners an ease of mind.¬ÝGreat idea, pretty good execution at first sight, however, within 5 minutes after starting the first backup I received a message from my webhost. 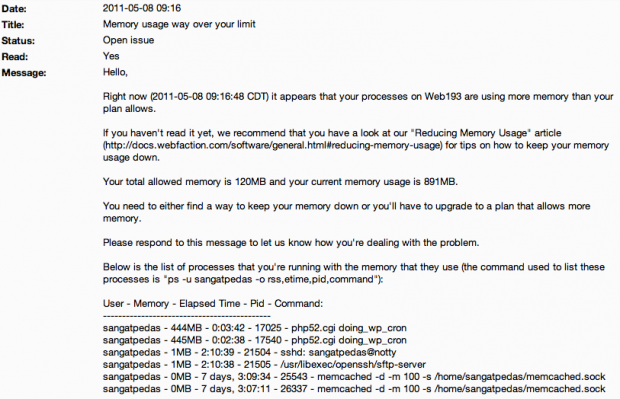 Shortly after this message I received the same message again with the changed status “process killed” even though the whole backup was successful.

My guess as a (intermediate) techie guy is that the zipping process was guilty and probably the fact that I hit the “backup now” button twice because I saw nothing happen after the first time.

One thing that I found in the settings of this plugin is that it has two settings that are contradicting. In the “Day And Time” field you have to select on which day you want the backup to be executed, making it a once in a week backup while this makes the setting “Frequency” completely useless. Anyway, please drop your experience with this plugin in the comments, thanks! 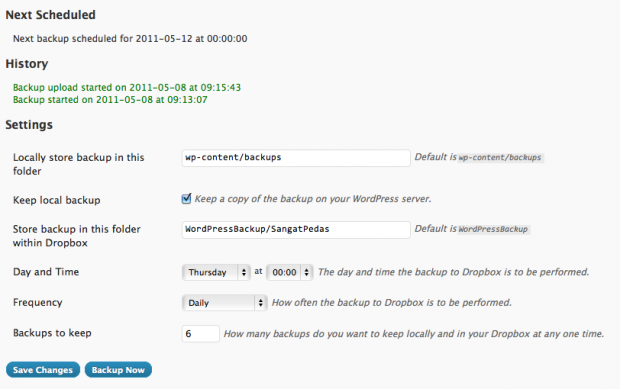 UPDATE: After the latest plugin update the backup executed nicely without any complaints from my webhost, it might be because they‚Äôre just nice guys but for sure the memory issues have become smaller.

UPDATE: The good news was temporary but the latest update to version 0.8 does the job without zipping your blog before backing it up. This does solve memory issues but the option to have an archive of the last 6 weeks for instance has gone due to that change. All new updates and issues can be followed on the wordpress forum.