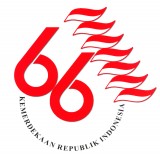 With such a history of oppression, sacrifices and suffering it’s no wonder that Independence Day in Indonesia is a big happening year in year out. This year already 66 years of independence was celebrated. The biggest and most prominent ceremony is held at the Indonesian State Palace in Jakarta where the president every year invites prominent Indonesians and foreigners.

So you can imagine that was surprised and deeply honored to hear that we’ve received an invitation to attend the Independence Day ceremonies at the State Palace in Jakarta. Especially since this is not an event one can easily get invitations when your a foreigner and not an official representative of the state such as a diplomat of politician. Another saillant detail is that it’s only since 7 years that the Netherlands sends official representatives to attend the ceremonies. So I’m honored and considering the history also humbles that I got the opportunity to attend the ceremony. For this I have to especially thank Mr. M.Sirot who’s the founder Senkom MITRA POLRI, an organization we have a long time and very pleasant cooperation with on various events.

The ceremony made a huge impression on me and is one of the highlights of my 2,5 years living in Indonesia. Thanks people of Indonesia and on to HUT 67!