Nu China is according to the buzz “One of the most happening Clubs in Kemang” and others go even as far as saying “The most Happening in Kemang right now” and it should be the favorite spot for many cute girls. But how hot and happening is Nu China really?

After 4 months in Jakarta and the Stadium deception I decided it was time to finally check the place out. My first impression when I entered Nu China was that it’s in fact a pretty modest (small but cosy) sized club and dark with black ceiling and walls which in my opinion is an outdated concept.

Nu China has the image of being a favorite hangout for students and I could see why, even though the crowd was somewhat of a mix of students, people who wish they were still students and some people you don’t want to meet in a dark alley alone at night. Nice thing is that the crowd was mostly local people with hardly any bule’s (official translation: white skinned people), sorry but I always tend to avoid the whole expat community.

Nu China also seems to have the image of having many pretty girls, well like in most upscale bars there were pretty girls but the crowd was pretty much male dominated so I wouldn’t call it a “girly club”. Upside, for me at least, is that there’s hardly any ayam (working girls) so you can bring your girl friend without getting into trouble, though I’m sure both my girl friend as well as my driver will say I’m naive. 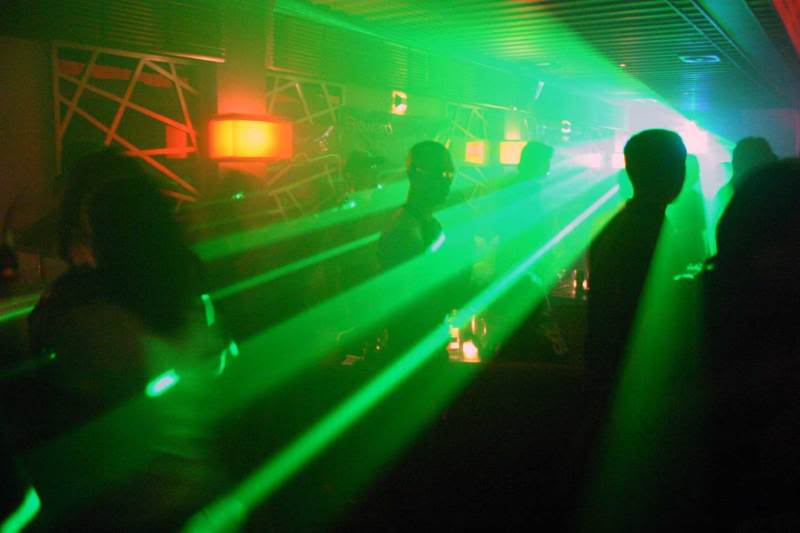 The entrance fee is Rp. 50.000 and includes the usual first drink, and the drink are good and friendly priced, Rp. 45.000 for a Vodka Red Bull is in my opinion cheap, especially in Kemang. For beer lovers, which I’m not, you guys have to settle for Bali Hai beer, no idea if that’s any good.

The sound system is, like in almost all clubs in Jakarta, pretty rock solid and the music was upbeat tech-house mixed with hits of which some were far past their expire date. The light show is also pretty decent and was probably the reason the lights were dimmed but the place is just to small for any light show to really work.

But, even though it was a saturday night right after the beginning of the month (everybody should have gotten their salary) things weren’t really happening. Some occasional hits got the crowd slightly partying but so far Nu China was far from “happening” and the place also was far from packed. I just didn’t get the vibe.

OMG, on Bali almost every venue has the “Sexy Fire Dancers” and Nu China came up with the even less original high light of the night “Sexy Dancers”. Sexy? Well after some absolut Red Bull my judgement isn’t what it should be but let’s say yes. Dancers? Well that’s a definite NO! I mean the two sexy dancer girls were nice but damn they were completely not hindered by any dance skills. 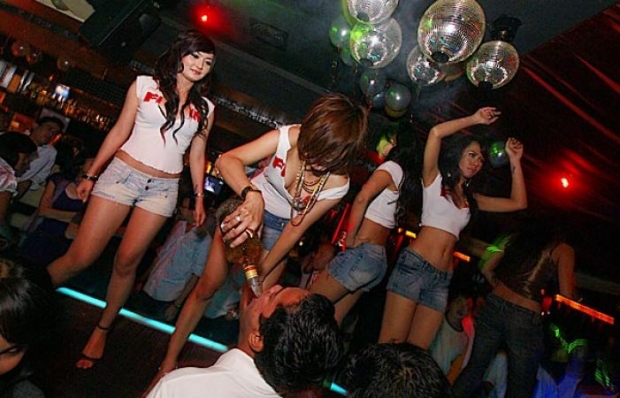 Not the actual dancers from that night, will be updated later

Anyway, comparing Nu China with Triple 9, another “happening” club in Kemang, I would say that Triple 9 as more happening for me, but then again, I’ve left college a long time ago. Probably if you go to Nu China with a group of people you can have a great time there.

Btw, the best website for reviews of the Jakarta nightlife, restaurants, spa venues and many more is Jakarta100bars, big thumbs up to them for the great info.