Red Square is a Vodka Club concept with 3 locations in Indonesia. Red Square is located in the Arcadia building in the Senayan area of Jakarta. I’ve been their twice, one time on a wednesday night and once on a friday night. Both times with my friend Absolut so forgive me if I left out some details.

Anyway, Red Square Jakarta is fairly moderate in size and considering a large part of the club is taken by tables and comfy couches I guess the maximim capacity of around 400 people. I think interior and size wise Red Square can be compared with NuChina, but the crowd is definitely more mature. I guess the venue aims at upperclass people enjoying both comfort and a party.

END_OF_DOCUMENT_TOKEN_TO_BE_REPLACED

Club Triple 9 (999) in Kemang, formerly known as “Dizzy Lounge”, is located on the 3rd floor of the Kemang Arcade building in Kemang Raya. Triple 9 is undoubtably one of the best clubs in Kemang and even my favorite club in Jakarta.

The street Kemang Raya houses several popular clubs like NuChina and Second Floor that got his name of being located on the 2nd floor of the Arcade Building but now moved 600 meters and rebranded itself to SF. First thing I noticed when arriving at Club Tripple 9 is that everyone has to go up to the 3rd floor in a really small elevator, which makes me think what would happen if the place catches fire.

END_OF_DOCUMENT_TOKEN_TO_BE_REPLACED

Nu China is according to the buzz “One of the most happening Clubs in Kemang” and others go even as far as saying “The most Happening in Kemang right now” and it should be the favorite spot for many cute girls. But how hot and happening is Nu China really?

After 4 months in Jakarta and the Stadium deception I decided it was time to finally check the place out. My first impression when I entered Nu China was that it’s in fact a pretty modest (small but cosy) sized club and dark with black ceiling and walls which in my opinion is an outdated concept.

END_OF_DOCUMENT_TOKEN_TO_BE_REPLACED

UPDATE: Following the closing of Double 6 also Bacio will permanently close its doors as from september or october 2011! The land these two clubs are on will be used for new apartments buildings….

In my two years living in Bali I guess I’ve pretty much got to know most aspects of the vibrant nightlife on paradise island and one of my favorite spots definitely is Bacio. This club is one of the many clubs owned by the local F&B tycoon Kadek and is situated in Seminyak on Jalan 66 which is also home of clubs like Dejavu, Double Six, La Vida Loca and just accompanied by Cocoon.

Due to it’s magnificent location, only separated from the beach by a small road, one could call Bacio a beach club, it has a great terrace with some comfy lounge couches and because the whole front is open you can even enjoy the spectacular view from the inside.

END_OF_DOCUMENT_TOKEN_TO_BE_REPLACED

Stadium is a phenomenon in Jakarta, a huge place with 4 floors and a capacity of 5.000 people. So this was my second and probably my last stop of the evening. I have been in Stadium not so long ago but was at that time pretty drunk and stayed for maybe half an hour so I was curious to check the place out with a pretty clear head. Located in a small alley in a pretty shabby part of town you will find “Discotek Stadium”, probably the most (in)famous club in Jakarta and by many men considered to be paradise. Since Stadium is open from thursday till sunday 24-hours a day (!!) many stories circle about men staying in the Stadium for 3-4 days.

END_OF_DOCUMENT_TOKEN_TO_BE_REPLACED 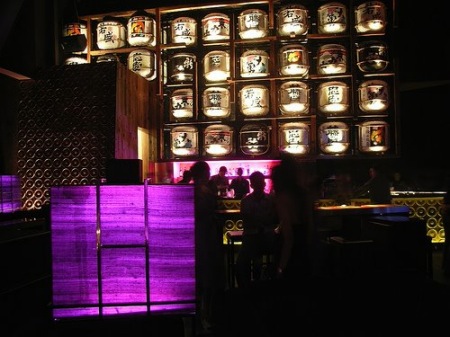 After a few days of meetings, traffic jams and Galaxy Tab misery I decided it was time to blow of some steam and start to get familiar with the Jakarta Nightlife. So far I’ve only been in Loewy’s, Illigals and Stadium (more about Stadium here) so I decided to do some research before hitting the town. After some googling I ended up on a great site from I guess a fellow buleh who seemed to have done a good job in reviewing the hot spots in the Jakarta club scene. I decided to look for a place with some class and where I wouldn’t be bothered by the ‘working’ girls and I decided to head for “Blowfish” which seems to be a bit more exclusive and classy night club. END_OF_DOCUMENT_TOKEN_TO_BE_REPLACED