Yesterday I wrote a post on how to simply avoid WordPress “password reset hacks“, because that’s exactly what happened to this blog yesterday and already some more times before. I actually thought and hoped that would be the end of the hacking attempts but I couldn’t be more wrong.

When due to a severe jetlag I came out of bed around 3:30 AM this morning I noticed an email from my hosting provider that the website was deactivated due to a DDOS attack. Like WTF?? You just won’t give up, do you? I mean even if he would have succeeded and defaced the site then probably 150 visitors would actually notice it. And to be honest, I wouldn’t  care less. For me this is not a business but just a blog where I write when I feel like it.

But I got intrigued and wanted to know more about the methods of this cracker. My provider emailed that the guy was doing an outbound Denial-Of-Service attack through this file: ~/wp-content/themes/twentytwelve/archive.php. A theme that’s installed by default and not even used on this site.

Anyway, the hacker is operating on a host with a US IP and a Brazilian hostname and my guess is that somehow I tipped him off because after I activated the site again he immediately tried to continue where he left off when the site was taken down.

Good stuff mate, besides that you’re giving me some stuff to write about you also educate me very well on the standard hacks even 12-year old can Google and execute. Obviously since this has become personal I hope you won’t disappoint me by giving up but instead come up with some new self-engineered cracks. Because now it seems you’re just another wacker  with no more skills than anyone who can access a search engine. Make Brazil proud and write history by cracking the smallest blog in the universe. Boa Sorte!

UPDATE: Sorry bro but I just blocked you Brazil IP as well. Btw, the files your looking for either don’t exist or are nicely protected.

UPDATE: Hello Cracker from Florianopolis, how’s that cracking thing working out for you so far, any luck? 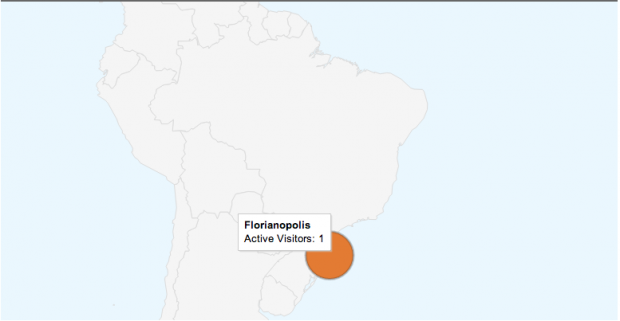