The unrest and turmoil seems to continue in the Arab world. Saturday France, Great Britain and the United stated  bombed targets in the capitol Tripoli and the cities Misurata and Benghazi. This after information became available that suggested that Libyan leader Muammar Kaddafi the bring down the resistance with whatever means necessary.

During the start of this operation called Odyssey Dawn at least 110 Tomahawkmisiles have been fired by the NATO coalition mostly aimed at antiaircraft artillery of Kaddafi’s army. For military geeks, on the Guardian you can find an interactive map of the no-fly zone and all the info about Odyssey Dawn.

As usual the population of Libya is and will be the real victim in all this and are already being used by Kaddafi as human shield. In the meanwhile Kaddafi has opened the weapon depots for everyone (on his side) in order to fight the crusaders and defend the unity, honor and independence.

Jet fighter of the resistance crashes in Libya 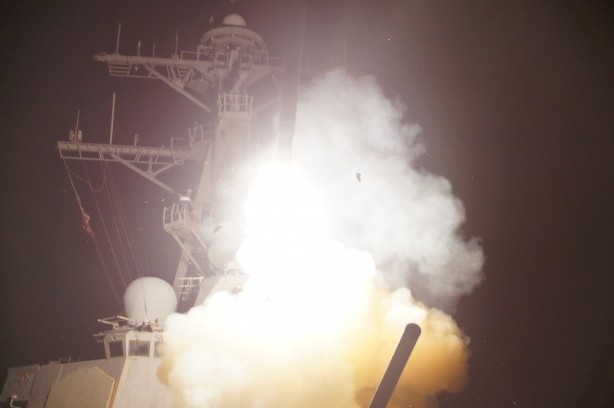 This week I read a sarcastic tweet that actually hits the nail on the head, roughly translated “How weird that Kaddafi has been such a decent guy for 40 years and all of a sudden starts behaving bad”. Meaning that one could question the motives of the Nato to intervene, is it really to free the people of a dictator or might it just be that it has more to do with oil? If they really want to set free the oppressed then why have they waited for 40 years?