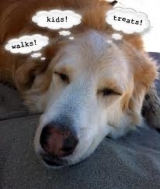 Remco kindly invited me to post, and here I am. The subjected he suggested was Startups Founders, Angel Investors & Dilution. Which is a mouthful to pronounce and even more complicated to elaborate in details, but maybe I’ll add a few items to the post.

To take a different angle on the same issues, I think most startups in Indonesia simply fails on Governance level. In fact, in the majority of ‘failures’ that I’ve witnessed, I would say that this is very often the case. Firstly tho, let’s be clear that I specifically refer to Startups as Digital/Tech/Media related Startup.

First, a Digital Startup differs by definition to traditional business in a sense that it relies on digital technology to deliver and produce the return. The underlying value will be with the people who create and make stuff happen and the Intellectual Property it produced. The Startup is a for profit business entity that will create value with Digital Technology. Not to buy a Coal Mine or Plantation Concession or a Chocolate Factory. A Digital Startup must have a clear grasp of this before they venture any further.

END_OF_DOCUMENT_TOKEN_TO_BE_REPLACED 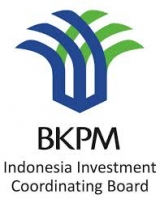 I could probably compile 20 pages with just links to “horror stories” about foreign investments in Indonesia going awfully wrong and resulting in a total-loss of money. For instance the German entrepreneur who twice opened a restaurant in Bali and twice got squeezed out of his restaurant by landlords who all of a sudden decide to increase the rent with 500%. Or a little bit bigger, the case in which Churchill Mining lost their license on what’s probably the worlds 7th largest coal mine.

Also we’ve seen sudden changes in Indonesian laws introducing a cap of 40 percent on the single ownership of domestic banks. This followed a mining law put in place in March limiting foreign ownership in the industry to 49 percent from 80 percent previously. And in the digital world the government is also imposing new regulations which are less than motivating for foreign companies to enter Indonesia. And then there’s also still the everlasting corruption, which despite all the efforts and successes of the KPK (Corruption Eradication Commitee) doesn’t seem to be beaten at all. According to Daily Social, an Indonesian tech-blog, also startup entrepreneurs seem to suffer under the strict rules for foreign investments.

So, how bad is it anyway? Is Indonesia indeed a mine field for foreign investors?

END_OF_DOCUMENT_TOKEN_TO_BE_REPLACED

I see it happen a lot lately in Jakarta. Startups with 4-5 founders, who are pretty much equal shareholders. Then a lot of those startups will look for very early Angel funding which, if they get it, brings another shareholder on board.

Now you’ve got a situation where there are 5-6 shareholders in a company that still has to land its first serious funding. Now this is in my opinion a situation far from desirable, for some obvious and some less obvious reasons.

In general, when a startup approaches an (angel) investor for a pitch and shares that the company has 4 or 5 shareholders with pretty much similar voting rights, my first question would be “Who wants to give up his or her shares?”. It’s just too early to have such an amount of shareholders. Startups succeed for a large part because they can make decisions instantly, react faster than competitors who are more corporate. Having 4 or 5 voting shareholders on board chances are your company won’t be that flexible and dynamic anymore. Also, any investor would prefer to just talk to 1 or 2 persons, which is clear and manageable.

END_OF_DOCUMENT_TOKEN_TO_BE_REPLACED

If the crash of the Asiana Flight 214 in San Francisco wasn’t such a tragedy, if people didn’t die and got severely burned  this could have been funny. Unfortunately people did die and people di get burned and scarred for life. Just an EPIC FAIL from the category Ho Lee Fuk! Apparently KTVU did check the names with the NTSB, who are investigating the crash. Allegedly an intern at NTSB confirmed that the names were all correct. But did no one at KTVU had the common sense of reading the names out loud to then come to the conclusion “Sum Ting Wong”?

Though it would be a great movie title, this is not the title of a badly produced low budget Hollywood movie. Mind peelers, they come in all forms and shapes. Usually they try to avoid showing their stiff corporate background with quasi nonchalant clothes and try to make you feel they’re one of you. But on average they do a really bad job at that.

Mind peelers are mostly attracted by emerging markets which they, by definition, don’t understand. It starts with an email in which a mind peeler will mostly use the strategy of elevating your achievements, experience and personal skills to divine levels. This followed by a list of they’re personal achievements and a statement on how serious they are about the Indonesian market.

END_OF_DOCUMENT_TOKEN_TO_BE_REPLACED

After 8 months of extreme extravagance, partying and many holidays it was time to get back to real life. Even though I could be sipping a Mojito in Bali right now I found that I just NEED to do something. Without a goal I tend to spiral out of control, probably out of sheer boredom.

In my defence, in the 8 months of indulgence, besides doing two investments, I just didn’t see any opportunity where I wanted to invest my money and energy in. Up until I met the guys from the Ambient Digital Group in Vietnam, who are a great bunch of guys. So straight after I saw there product I had the classical light-bulb-moment, thinking YEAH, THIS I GOTTA DO.

END_OF_DOCUMENT_TOKEN_TO_BE_REPLACED

You know what they say, once you’re lucky twice you’re good. And while everyone seems to be consistently negative about Indonesian digital entrepreneurs they tend to overlook the ones that are doing great, like Steve Christian. Steve is known from founding Kapanlagi.com together with Eka Wiharto and making it the largest entertainment portal in Indonesia.

Steve is a busy guy, being involved in multiple startups in different digital industries. One of them is news portal Merdeka.com which started early 2012 and has managed to become #6th biggest local site and #20th overall most visited site in Indonesia according to Alexa in just a matter of 14 months.

This is not luck, this is experience, dedication and pushing hard every day. This is not launching something and waiting for a miracle to happen, but knowing that to grow you need to take matters in own hand and enforce growth.

I don’t think I ever met Steve, he doesn’t seem to attend  any of the many digital (startup) events and I like that because those events add basically nothing to the growth of your company. They’re more events to showcases ego’s. Anyway, here’s to Steven and his team, good for you guys and cheers to much more in the future. To other startup entrepreneurs, this is how you do it:

Sometimes I’m too hasty with my conclusions. This morning I tweeted: “so bitcoin is a (slow) ponzi scheme, well surprise surprise!”. This based on the article BitCoin, Pyramid Schemes and Alternate Currencies on The Refined Geek. After my tweet I immediately got comments from nzBTC.com claiming my conclusion is wrong.

Truth being told, I think I know quite a lot about Ponzi Schemes and can spot a scam from quite far but I’m no expert on Bitcoin so I guess had to do some research to  learn more to see if I would stick to my initial conclusion.
For those of you who don’t know what a Bitcoin is, in short it’s a digital (crypto-)currency created by Satoshi Nakamoto, which is actually not his real name. Some say it’s not even one person, others say it’s these guys based on a patent registration: END_OF_DOCUMENT_TOKEN_TO_BE_REPLACED