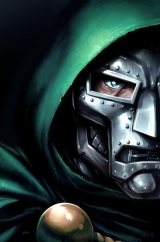 Bashes, rants and banters, up untill today the almost exclusive territory of Sangatpedas when it comes to the Asian part of the world. Until this morning when my sleepy eyes opened in a flash when I saw on Twitter Willis Wee calling William Henley “delusional“. For the not insiders, Willis Wee is the founder of TechInAsia blog, formerly known as Penn-Olson.com. William Henley is a respected corporate guy who recently made a move to investing and entrepreneurship and started as a writer on E27. Both are guys that I respect for expressing their opinion and both I know, to some extend, personally. So immediately I looked into the source of this battle that was looking more grim by the minute. It seemed William was the topic of a quite HEFTY BASH (mirror) on TechInAsia written by Willis Wee.

Time for an unbiased verdict from the unchallenged expert source #1 in the world, Sangatpedas. Check it!

To put a long story short, Willis attended the E27 founders drink (mind you, E27 is a competitor of TechInAsia) where William Henley did a talk on “Navigating The Indonesian Maze”. Willis concludes based on his 5 minute research that William is neither a successful entrepreneur nor an experienced investor. Thus William is a “self-proclaimed” expert more busy with profiling himself than building an actual business and hasn’t got the right credentials to be a speaker at an E27 event. Though luckily for William Henley, Willis adds: Now note that I don’t have a problem with Henley sharing his opinions publicly. Anyone can voice his/her opinion and I have no issues with that. Well Willis, on behalf of Indonesia thanks for respecting the Universal Human Rights everywhere but not during an event of your competitor.

Result, the Indonesian tech community is shocked and insulted and widely supporting William here. Of course this is heart-warming and being part of the Jakarta Tech Startup scene I obviously have to side with Indonesia and William. But let me first direct some firm words to William Henley. Dear William, STOP CONSTANTLY BASHING the Indonesian tech startup scene! It’s too easy, too cheap and it would suit you more if you set an example or contribute to programs like the Founder Institute. Criticism is fine but only valuable when it’s constructive, I have a hard time finding the constructive part in your criticism. Second, stop calling me and my colleagues SUCKERS! Do research first and maybe ask me or other e-commerce entrepreneurs why we’re betting so heavily on the Indonesian e-commerce market. And last, if you bash others, if you like to be high profile, don’t be surprised or upset if someone will sucker punch you, that’s the risk attached to it. For the rest peace, love and understanding.

Over to Willis Wee now. Listen, I totally respect that you want some bashes Sangatpedas style on your blog. It seems the migration from Penn-Olson to Tech Asia didn’t go as smooth as planned (Rama you’re getting closer and closer dude!) and controversy is always good to yank up the visitor numbers. Also in support, through this blog I generally communicated more than once my despise for self-proclaimed experts and entrepreneurs that do more on personal promotion than promoting their own company. So I share that feeling but when it comes to doing business in Indonesia (and I guess that was the topic of the speech) I think William Henley doesn’t falls into that category.

The thing with bash posts is that I like to stick to some rules and you’ve basically broken all those rules and thats bad dude, real bad.

First, if you’re not happy with the choices your competitor (E27) makes when it comes to their speakers in an event then attack the right person, or in this case company. E27 clearly thinks William Henley’s opinion is interesting and valuable enough to let him join E27 both online and offline. If you disagree than attack E27, not the person that accepts the invitation. So attack E27 though you could ask yourself if it’s a good strategy in general to attack a competitor on the choice of speakers. Big chance it won’t make you or your blog more popular neither will it be “newsworthy”.

Second, don’t you think it’s extremely pretentious and overshooting your own credentials to profile yourself as an authority on who is an expert and who is not? I respect your blog but let’s face it, a #339 position in Alexa for a city state as Singapore with slightly more than 5 mln. people doesn’t really propel you into the digital hall of fame. Just saying.

But the main point I have against your post is this. I haven’t attended the event so I have no idea what William told the crowd. I can guess a bit knowing William but still I don’t know for sure. After reading your post I still don’t know. Instead of attacking William on the content of his speech you attack him on his Linkedin profile and maybe motivated by the lack of clarity William gave on his background and current activities. To be honost, for me it’s also not clear what it exactly is that William does but that’s no reason to attack him. Actually, I prefer not to attack anyone personally but more their actions or words. You chose to totally ignore Williams actions and words in your post and just try to land some cheap blows below the belt at his address. That’s a big FAIL dude! If you have a beef with William than fight him on the content, knowing William he will gladly join the discussion.

And yes, I’ve read the discussion on Twitter but you know, tweets disappear faster than vodka-redbulls on a friday night in Blok M and what’s left is your post. In Google. Every time someone googles William Henley’s name. Bashing is fun but comes with a responsibility cos you’re dealing with people.

But to my Indonesian buddies, let’s give our Singaporean brother some slack and invite him to Jakarta to join a panel on startups…. together with William Henley. Roll cameras… aaaaand ACTION!