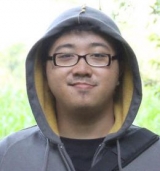 DailySocial, Indonesias #2 tech-startup (re-)blog site, trusted source by both investors and startup entrepreneurs. Great bunch of “crazy” guys, lots of laughs (despite that some got bombed by standup comedy lovers) but in the end the confrontation was inevitable. Yep, it’s about time we step in and set these guys straight for the sake of all startup entrepreneurs in the world. Sangat Pedas “tidak peduli” style, you can always count on us.

It started with a post by William Henly, corporate strategy expert, investment banker, multi sector entrepreneur & Fortune Indonesia’s Top 40 Executive Under 40. Basically William sees the Indonesian tech-startup market lately as overhyped, over-valued and he thinks the market is not transparent enough, even using the word “misleading”. Though I wouldn’t go as far as William, I too had some things to say about the Indonesian tech-startup market but from a different perspective. As for the transparency, William, here you can find some of the valuations and deal info of Tokopedia, Kaskus and Detik, even though it’s not all based on solid first hand statements it comes pretty close.

Personally, just looking at the facts I don’t really think in general the market is over-hyped though there are definitely some valuations which can be argued. But don’t forget, most investors agree that over time Indonesia will become a huge market for e-commerce and other interwebs ventures. Having early mover advantage and taking strategic positions now just might give a vital edge on the competition in the future. So in valuations of tech-startups a larger chunk than maybe usual in other industries is based in future expectations.

Now William’s post also caught the attention of Rama, a noted-renowned-tech-startup-authority in Indonesia and the driving force behind DailySocial. He then decided to give his 2-cents on the topic (mirror) and in the meanwhile poisoning startup entrepreneurs with complete new business logics. Now before people say I’m just a trouble maker always looking for confrontations and controversy, I gave Rama a heads-up and the time to do some re-editing with this tweet (mirror).

So here’s the essence of Rama’s post which basically re-shapes all laws of economics:

Therefore, if you decided to get investment with million dollars valuation, you need to think twice whether your company value is really million dollars. There are some proofs that most of startups collapse not because the lack of money but they have failed to manage it properly.

First interesting thing: “if you decided to get investment with million dollars valuation“. Appreciating the english DailySocial version I won’t make fun of his english but come on. I mean it’s not like an entrepreneur wakes up in the morning and says to his wife: “Honey! I’ve decided to get an investment and it’s gonna be based on a million dollar valuation“. For this to happen there’s another essential component you need, an investor willing to actually invest based in a million dollar value.

“you need to think twice whether your company value is really million dollars“  Really? Are u kidding me? I mean since we’re focussing on the financial aspect only, you advice startup entrepreneurs to consider negotiating a lower valuation than offered? When eBay would come along and offer $300mln for Tokobagus I should point out that maybe we’re not worth that much? (To the kind people of eBay: our door is always open, the coffee is excellent and $300mln is an excellent starting point, for realz!). There’s only one thing startup entrepreneurs can do and that’s go for the highest valuation without blowing the deal.

“There are some proofs that most of startups collapse not because the lack of money but they have failed to manage it properly.” Humm, talking about transparency and proof, can you be a bit more specific? Second, for most investors it’s actually team, team, team that matters most, followed by the idea and business model since that can be changed and will always evolve anyway. Good ideas can and will be copied, good teams can’t be copied. So I should also tell the guys from eBay (really, we’ve got great coffee guys) that if they invest too much money we might not be able to manage it? That investing too much money leads to a total collapse? Rama, seriously dude, what have you been smoking? Didn’t you read the #1 tech-startup blog on startups and VC?

According to my discussion with many startups and investors, dream valuation should be eradicated because of two reasons: It is not good for entrepreneurs to drown in their dreams. The second reason is that it gives bad effect for economy in a long time.

Eradication of dream valuations, what’s this? North Korea? Which startups did you talk to? Drowning in dreams is probably not a good thing but dreams have led to the most astonishing, beautiful and genius things on earth. Please don’t touch my dreams. As for the second reason, bad effect on the economy? You must be joking here. A supposedly $70mln valuation of Kaskus is great but it surely doesn’t move the needle even 1 nanometer on the economy scale.

And then the most genius quote of the day:

If the value is too high, you would have to work so hard to reach it.

OMG!! ROFL!!!!! LMFAO!!!!!!!! Lost for words here. Seriously, I could make so many jokes about this but they will never be funnier than the quote itself.

Startup entrepreneurs, make no mistake, the rule in business is still “Buy cheap and sell high” so please don’t listen to Daily Social and don’t pity investors, they’re quite capable of coming up with (un)realistic (low) valuations themselves. Really, don’t worry about them, worry about your company, your team and yourself.

As for Daily Social, guys, it’s time for some changes. Our lawyers will send you an offer for acquiring a majority share of your blog based on a total valuation of $ 250 and a few Heineken six-packs. We wouldn’t want you to have to work to hard. Cheers!

UPDATE: Apparently I completely missed the point of Daily Social’s post, it was all about startup entrepreneurs pitching with investors and overvaluing their startups. But guys, the word “pitching” has no occurrence in the post neither is it in any other way put in that context. So you can blame me for not understanding but like I said on Twitter, I still lack telepathic powers. I can only respond to what’s actually written. Again, it wasn’t for nothing I asked Rama if he was sure he wouldn’t make some changes to his post prior to writing this one.

UPDATE: William says it’s a misunderstanding due to the language barrier, however, the content of the Indonesian version of the post is exactly the same. My future neighbor Aulia from DailySocial says this post isn’t even worth a response from DailySocial. Ah well, too bad.