Let‚Äôs talk about competition, in business or anywhere else. First intelligent thing that pops to my mind: there will ALWAYS be competition in any space where there‚Äôs money, power or status to gain. You might think DUUUHHH!¬Ýbut in emerging markets first movers tend to forget or not realize that. For a period of time some company is the only significant player in a certain space and then someone will show up and seriously challenge them.

Right now in Indonesia we see someone seriously challenging Tokobagus for the first time. After a long period in which Tokobagus dominated the market 701Search decided it‚Äôs enough and increased the marketing efforts to an unprecedented level for Berniaga. Rocket Internet is another player that‚Äôs basically challenging the whole e-commerce Industry striving for world-domination. And obviously the media portals are already much longer in a brutal fight for domination.

END_OF_DOCUMENT_TOKEN_TO_BE_REPLACED 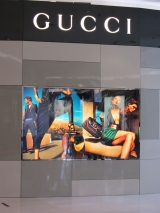 One of the most asked questions in the e-commerce Industry in Indonesia and interested investors is when E-Commerce in Indonesia will really boom and what will be the trigger. Suddenly one “expert” has a Eureka moment and yells “PAYMENT SYSTEM!!!”. Other “experts” nod their head in agreement and quickly update their slick Keynote presentation for the next event. News spreads faster than the Ariel/Cut Tari video and soon after all investors are happily adopting this sound byte while making a serious and wise face. “The key to e-commerce Indonesia is payments”. It‚Äôs like a cheap course “E-commerce Expert In 5 Minutes” and the one shouting it the loudest and most often will become the ultimate e-commerce expert in Indonesia. Many invitations for pretentious events will follow, the press wants to hear you say the soundbite first hand and investors from abroad will flock to peel his mind.

PERMISSI!!! Coming through, Sangat Pedas in the house to ruin the party. Throwing in some less sexy theories and soundbites telling you e-commerce in Indonesia actually needs something else even more.
END_OF_DOCUMENT_TOKEN_TO_BE_REPLACED 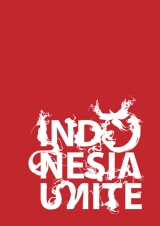 Today, location the lovely 1000 m2 Multiply office building in Gandaria. The coffee was brown, the beer cold and boss Daniel himself had been busy in the kitchen cooking some mind-blowing delicious tapas.

In the meanwhile almost everyone that means anything in e-commerce Indonesia was present, from Tokopedia to Tokobagus, from Kemana to Kaskus. Having said that, some of the companies send in their b-team, saving the founders and CEO‚Äôs from the traffic hell.

In the meanwhile I hear someone asking the Plasa representative “Plasa? Does that still exist?” Which was somewhat illustrative for the meeting and the setting. A room filled with competitors not really eager to share too much but on the other hand don‚Äôt want to be left out of whatever is about to happen. The poor representative from Plasa than had to explain there is still live after Shinta, but it was clear she had a hard time believing that herself.