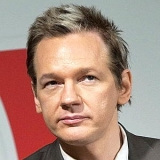 The publication of 250.000 cables between US government and it’s foreign embassies, also called “Cable Gate” has put the eyes of the world on Wikileaks and Julian Assange again. It seems clear that more and more governments are fed up with Wikileaks and the US, Sweden and Australia are already looking for him and starting criminal investigations. Apparently the charges for rape in Sweden have been dropped but Julian still has to deal with the sexual harassment and molestation charges. So what to make of Julian Assange? Is he a danger to our safety? Do we need Wikileaks? Is he a genius or a fool? Is he a rapist or is it a conspiracy to get rid of him? And why is he still alive?

“Political language is designed to make lies sound truthful and murder respectable, and to give an appearance of solidity to pure wind.” - George Orwell

The “Collateral Murder” video, that put Wikileaks on the global map, starts with this quote and the video itself is for me evidence that governments need to be monitored and checked upon by independent, non-government controlled organisations. The video shows the slaughter of 15-20 people, including 2 Reuters journalists, by over-trigger-happy Apache pilots who seem be mistaking the war for a video game. For the people that haven’t seen this video, be warned because the content is disturbing and pretty shocking.

Though the release of this classified video certainly had an effect on foreign countries and their position in the war on terror, one could ask how much has changed in the US and why still no justice was done to the victims. Instead of addressing the issues internally the Pentagon chooses a strategy of counter attack claiming that Wikileaks endangers their citizens and officials all over the world. The press in the US is covering the news with reservation and lots of Americans simply don’t seem to care.

The recent Cable Gate publications, which are still ongoing, seem to cause more a discussion about the ethics and legal sides of Wikileaks actions than about the content of the documents and to be honost, that’s partly Wikileaks own fault. In my opinion Wikileaks should be about exposing certain issues that the public needs to know instead of leaking just for the sake of leaking. In all fairness, Wikileaks offered the US government to preview the documents and indicate which documents would put any individual person directly at risk according to this correspondence:

Subject to the general objective of ensuring maximum disclosure of information in the public interest, WikiLeaks would be grateful for the United States Government to privately nominate any specific instances (record numbers or names) where it considers the publication of information would put individual persons at significant risk of harm that has not already been addressed.
(PDF: Letter-to-US-Ambassador-from-Julian-Assange-26-November-2010)

We will not engage in a negotiation regarding the further release or dissemination of illegally obtained U.S. Government classified materials.
(PDF: US-Department-of-State-to-Assange-27-Nov)

I understand that the United States government would prefer not to have the information that will be published in the public domain and is not in favour of openness. That said, either there is a risk or there is not. You have chosen to respond in a manner which leads me to conclude that the supposed risks are entirely fanciful and you are instead concerned to suppress evidence of human rights abuse and other criminal behaviour.
(PDF: Letter-to-US-Ambassador-from-Julian-Assange-28-Nov-2010)

So what documents are we talking about?

And what have we learned from the “Cable Gate” documents so far? Russian President Dmitry Medvedev has been compared to Robin, Batman’s sidekick. Libyan leader Moammar Gadhafi allegedly has a sexual relation with one of his four Ukrain nurses, the 38-year old voluptious blond Galyna Kolotnytska, well we say “Big up urself!” to that!. Iranian President Mahmoud Ahmadinejad has been referred to as “Hitler” and French President Nicolas Sarkozy was described as an “emperor with no clothes.” Also not much flattering has been said about Berlusconi, Hamid Karzai, Kim Jong Il, Angela Merkel and Prince Andrew, but let’s be honost, diplomats are just like humans, we all gossip and say bad things about others from time to time.

All not really shocking or really worth the trouble and even though it brought the US government in an awkward situation but it will definitely not shift International relations. Of course it’s too early to tell whether there will be documents in this “Cable Gate” that will really shock the world but so far it looks like Wikipedia has become more of a tattletale and no one really like a tattletale.

In the mean time the world of Julian Gassar is getting smaller by the minute. In Sweden the rape charges have been dropped but Julian still has to face charges of sexual molestation. In an interview he tells he has been warned for sex related traps which implies that he thinks it’s a conspiracy which quit surely won’t surprise anyone if that’s the case. Wikileaks has moved their website this month to servers in Ireland. According to the Swedish datacenter which is located in a bunker all the servers from Wikileaks were completely emptied and Wikileaks still hasn’t paid their last bill. After a few days of DDOS attacks and “scheduled maintenance” the site seems to be back in business and publishing more Cable Gate documents. Besides the Swedisch government also the US government and the Australian government are on the lookout for him and well, Julian hasn’t made a lot of new friends lately.

One might even wonder why he’s still alive and if he indeed hijacked the US government with the mysterious “insurance.aes” file Wikileaks has posted throughout the entire Internet. Rumors has it that Wikileaks will release the password of this 1.4GB 256 bit encrypted file the moment something happens to Julian Assange or any other Wikileaks affiliates. Now the question remains whether this is 1.4GB of bluff or that indeed Wikileaks has got some leverage over the US government which for now will keep them alive.

All in all it’s pretty sure that this story is far from over and it’s obvious that it has all the ingredients for a Hollywood blockbuster with a few sequals. However, my gut feeling tells me that this story won’t have a happy ending but whatever one might think of Julian, for me he still he has the benefit of the doubt.