Some kids seem to be destined to make an impact in this world. 7-Year old Audri build  Rube Goldberg Machine that’s pretty neet, especially for a 7-year old. Even more impressive is his passion and methodical way of testing and improving it. The link with entrepreneurship is easy to make especially the wise words at the end. Besides that, this video made me smile, from ear to ear that is.

November last year I reported about two good friends of mine going on the journey of a lifetime. Participating in the Amsterdam - Dakar Rally with a € 500 car, a minimum of tools an money and all for charity. Great stuff in my opinion and an excellent opportunity to brand Tokobagus from Amsterdam all the way to Dakar, just because we can. Check the video and eat your heart out! Great job guys!!! 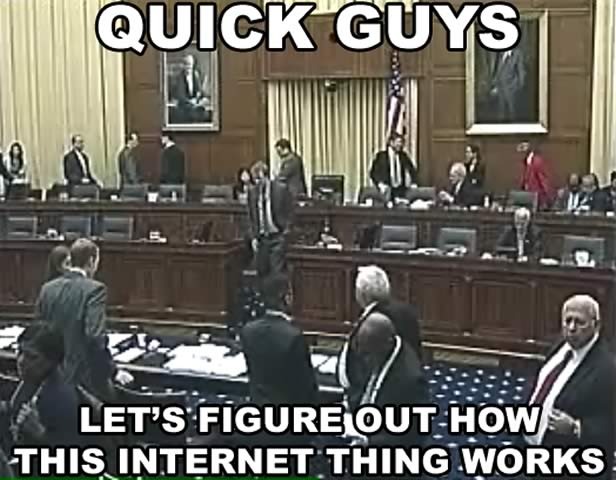 END_OF_DOCUMENT_TOKEN_TO_BE_REPLACED

A pacman frog actually has teeth, as you can hear.

Somehow I have a weak spot and high admiration for street artists. Not the delusional kind that randomly hits an out of tune guitar yelling a song they don’t know the lyrics of. Neither the ones shaking a cup with rocks in it as rhythmical as the average white person struggling to clap along during a Julio Iglesias concert. You know, the kind that you pay to get rid of so you can resume enjoying your saturday afternoon coffee again.

No, I mean the kind of street artist that you wonder why they’re performing in the streets and don’t have a record deal. For instance guys like Daniel Mustard, who in his case was pretty much down on his luck and living in and off the streets.

The intriguing and admiring thing about the talented street artists is that they choose to do what they like to do most, despite any sacrifice they have to make. This when from a practical point of view it’s not the smartest thing to do. People that prefer they’re passion over a career and secure life. Artists that don’t need mass attention but just enjoy entertaining passing by shopping audience. The real sharing 1.0.

In a world filled with totally untalented celebrities cashing in on their looks or a crappy appearance in an even more crappy soap, talented street artists are extremely refreshing. Human talent raw and uncut like in the video above. Recorded in Milan and not much is known from the performing artist. Not much else than that the little girl in the video liked it and so do I. Happy sunday folks!

If you are not embarrassed by the first version of your product, you’ve launched too late. That’s what the Chinese builders in Lanzhou must have thought. Press, bubbles, the jetset, everybody was present for the “prestigious” launch of this $2.6mln boat. Unfortunately things didn’t quite work out, something with unexpected “water levels”. After days trying to get the boat out engineers are now fixing the “unexpected waterlevels”. Source 新浪视频 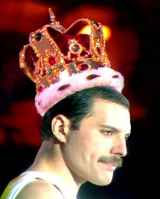 Is this the real life?
Is this just fantasy?
Caught in a landslide,
No escape from reality.

A good friend of mine alerted me that today would have been Freddie Mercury’s 65th birthday. This will be the moment many people click away from reading this post, similar like the faces I saw in the Tokobagus office when I talked about Queen thinking everyone still knows them. Yep, already 20 years ago that Freddie died from AIDS but still everyone should know him in my opinion. After all, he wrote one of the best pop songs ever, Bohemian Rhapsody which after 36 years (OMG! yes 36 years!) still leads the top 100 “best-singles-ever”.

END_OF_DOCUMENT_TOKEN_TO_BE_REPLACED

Clearly I’ve had some exciting weeks bu looking in the mirror it becomes clear that these weeks also have been pretty exhausting. Before Tokobagus really took off I ran a website/software development company and hoped that one day I could focus all my energy on just one project. Besides that it would enable me to strive for perfection I also thought it would be pretty easy and not very time consuming. I remember my first days in our Bali office joking with Arno that it was time for putting our feet on the table and enjoy life. Well, the first part hasn’t really come true.

END_OF_DOCUMENT_TOKEN_TO_BE_REPLACED

BUYAKASHA! CEK DIS! Big shout to my main man G-Low and none other than the Dokkum “C’s up and B’s down” West Side Cribs. BIG UP FOR UR SELVES!

Check the future of real life soap: Holland In Da Hood. Izzle kizzle, fo’ schizzle. Dokkum and Munster-Geleen, famous for their gangsta’s hussling bud, ice, yayo, blow and afterwards cruisin’ back to their crib in their rim pimped whip where da playa’s chillax with a bizzle sippin’ some bubs. Yep, Vanilla Ice is so back again.

Anyways, RESPCET! This is one docusoap that’s gonna go viral world wide and I’m already the biggest fan. Question is of course whether they, the mentally challenged stars, will be physically able to live long enough to fill a season. This will be the absolute shizzle shiznit, for rizzle. Shout to my main man Reinout Oerlemans who after “The Voice”, “Oh Oh Cherso” now invented real life 3.0. BOX!

If you don’t get a word of this post, here’s a lonely planet gangsta dictionary or just check the trailer, it’s friggin’ brilliant. If you don’t mind, this Dutch gangsta is going to bed hoping tomorrow the vicarious shame will be gone.

On this quiet sunday some news from our freak department. Russian Waiter doesn’t need eyes in the back of his head because he has got the peculiar ability to turn his head/neck a complete 180 degrees. Turning off the sound during this video is recommended! VIDEO!!!!