Recently Tokobagus launched it’s second TV campaign and being responsible for all marketing in Tokobagus I get a lot of reactions and questions on this topic. Basically the reactions vary from “you’re just burning money” to “awesome” and the questions mostly focus on the results and how we measure the results. Time to give some insights in our reasoning, experiences and how results are measured and analyzed. Does offline advertising of an online product or service make sense?

First off, I would like to say “don’t try this at home” meaning be really careful before starting any kind of big offline campaign on TV or radio. To let it make any sense in terms of impact you’re risking a load of money which in a lot of cases is much better spend in online marketing. Almost without any exception I feel extremely strong about promoting online products and services online. Any online marketing has the advantage of momentum, meaning a click on your ad can immediately lead to a conversion. The success of any online “hard-sales” campaign can also be measured instantly with a high accuracy.

END_OF_DOCUMENT_TOKEN_TO_BE_REPLACED

Finally, another NSFW post. All thanks go out to Facebook, well on their way to “world domination” but having a hard time attracting A-brand advertisers. In one of my previous posts on online advertising as a business model I stated that this was partially due to the open ad market which attract all kinds of sellers of different products and different alloy. Basically Facebook doesn’t offer the “exclusive” advertising like Yahoo does that A-brands are looking for.

Well, today I would like to ad another reason to the list. Allowing Malaysia No 1 Call Girl Service (mirror) openly promote prostitution who offer Indonesian girls with the pay-off “Yes, good service. Can do whatever u want” (mirror). WTH?! Way to go Facebook! Moderation is overrated anyway. Mind you, this is not a private profile but a public page! This is just the thing A-brands want to be associated with when building their brand. Funny thing is that Facebook rejects ads based on an innocent image but allows pages promoting hardcore prostitution.

It’s no secret I love beautiful women and if women choose to sell their services that’s up to them. But besides my doubts about how voluntary these girls work there, what about members coming from different cultures and religions? Don’t get me wrong, I’m opposed to any filtering or blocking on the Internet, but if I would be Zuckerberg this is the kind of content I would block. People thinking this is a contradiction: the Internet is a medium, Facebook a company with a brand to protect. As far as I know prostitution is illegal in the US and in Asia, their biggest growth market.

Ever been to a restaurant where one waiter welcomes you and another waiter tells you the neighbors have great Japanese food? Ever been to a boutique where, before you bought anything, the sales person tells you two blocks down you can get 20% discount on an iPad? Well, chances are slim that this happened to you in a brick and mortar store but it happens online. Entrepreneurs on one hand do their utmost best to get more people to visit their site or use their app to then show them the way out with a banner or ad. Though this is a black and white interpretation of something that has more shades, it’s basically the paradox of using online advertising as your business model.

END_OF_DOCUMENT_TOKEN_TO_BE_REPLACED

One of the reasons I’ve hardly had time to blog lately was the fact that Tokobagus has been growing like crazy and I had to concentrate on our TV campaign and the production of our TV commercials. The decision to do a nationwide TV campaign wasn’t an easy one because we’ve always believed (and still) strongly in the fact that a website is best promoted online. But considering our pretty strong and aggressive online campaigns and the enormous growth of the last year we’ve decided Tokobagus.com is ready for a nation wide TV campaign.

Yep, it’s time to bring Tokobagus to the next level with besides our TV & Radio campaign also a new logo and a new pay-off: “Tokobagus, Jual Beli Bagus!”, as our commercials it’s simple, clear and hopefully effective. I plan to do a post on “the making of” the TV commercials later which should be quite interesting but for now I’ll leave you with the end result of our efforts and hope you like it.

END_OF_DOCUMENT_TOKEN_TO_BE_REPLACED 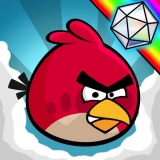 END_OF_DOCUMENT_TOKEN_TO_BE_REPLACED

One of my favorite business quotes is one from Donald Trump “As long as your going to be thinking anyway, think BIG!” Evidently the guys of a bold and brave Indonesian startup going by the name of “Sitti” agree. With their localized contextual advertising system they’re aiming to throw Google Adwords of its thrown, at least in Indonesia.

A (translated) quote from their blog:

We challenge Google inc to compete. We are sorry.
Again, really sorry. I am afraid of Google.
Google has 1 million servers. Sitti has got 6.
Google has 20,621 employees. Sitti has got 20.
Google has 1000 PhD’s who work for them. Sitti has got 1, and even then not really after 6 years of trying.
Google brings Rp 230 trillion in one year. Sitti bring Rp 630.000 from sales of bottled tea in the cooperative Udin, the OB in the office Sitti.
Google has the world. Sitti has Indonesia. And just Indonesia.

Don’t apologize and don’t be afraid guys, you’re heroes in my book. All the great companies started small once facing seemingly undefeatable competition but at least tried and made it. No guts no glory!

Whatever anyone might say, despite having all odds against you we give you guys the big thumbs up! It’s challengers like you guys that make the Internet better. Word! Semangat!